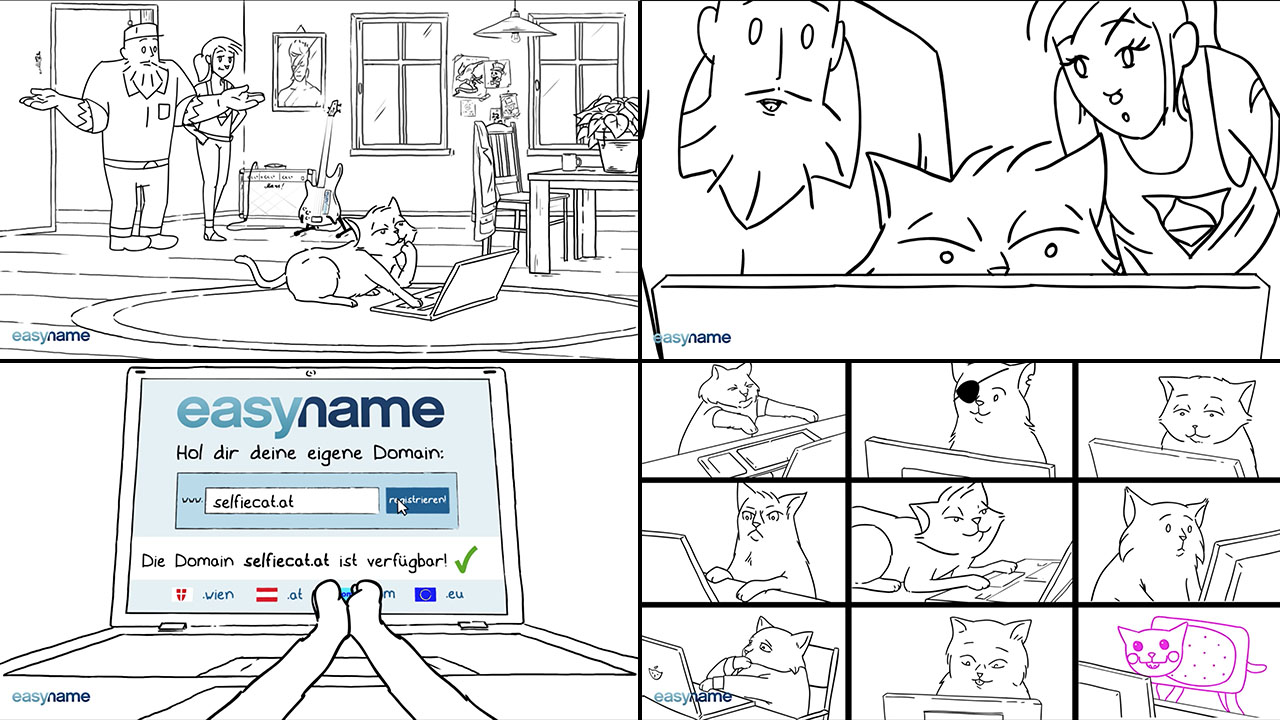 Written and Directed by Mike Kren

TV Commercial for Austrian Internet Domain Host easyname. In the spot, cats seize control of their owner’s laptops to finally get their own internet domains. Because as we all know – the internet is made for cats.
A radio spot with the same story was also produced. The spot is currently not online.